Design for the opera by Alban Berg 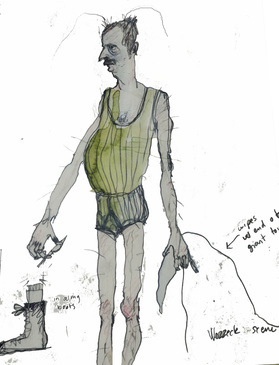 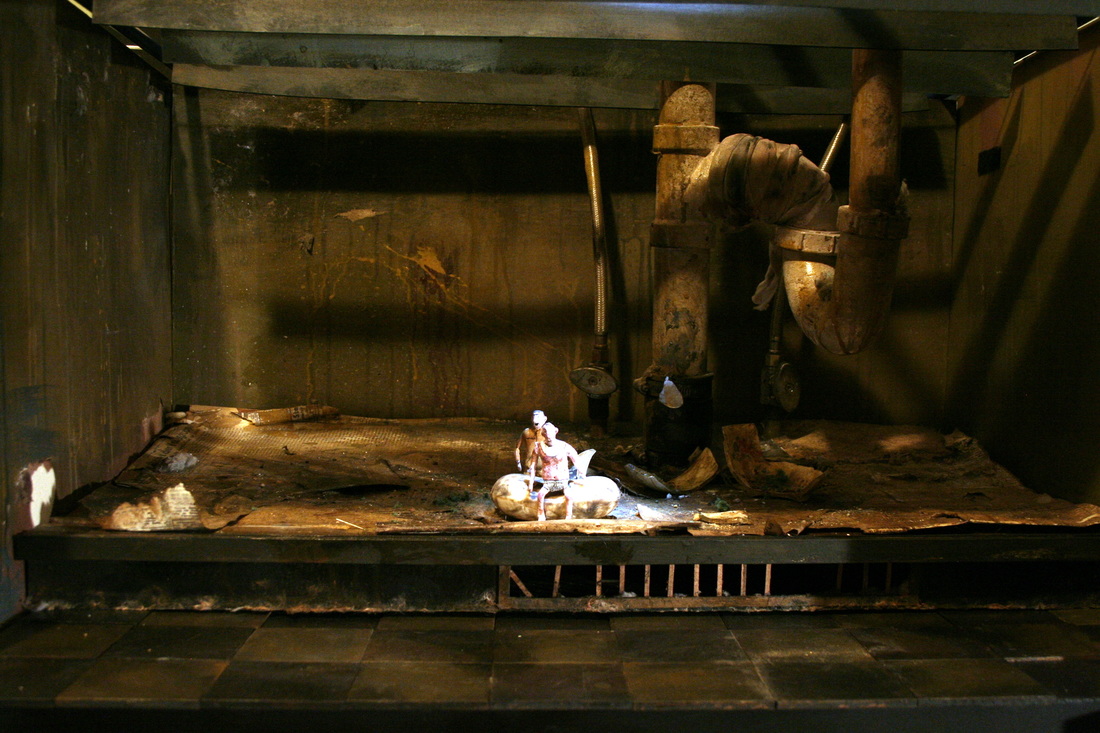 Wozzeck: Act I Scene 1: "The Captain's room". Wozzeck is shaving the Captain who is sitting on a giant dirty soap in the kitchen cabinet 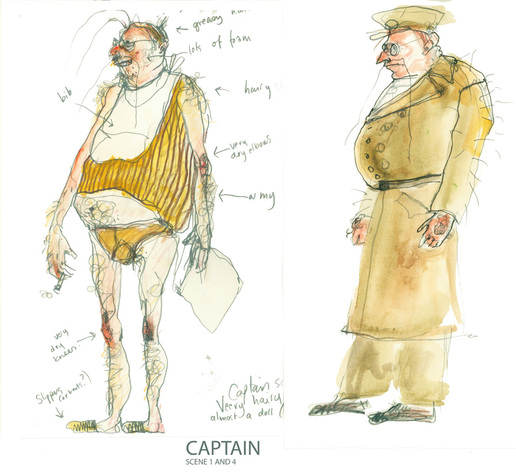 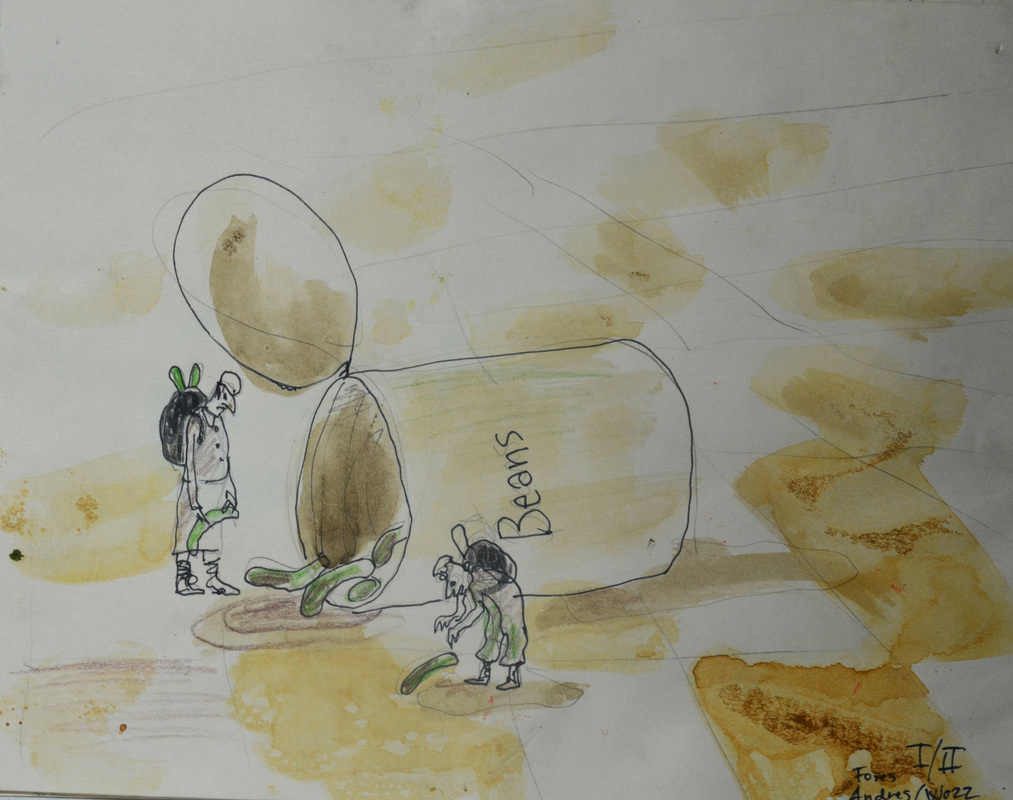 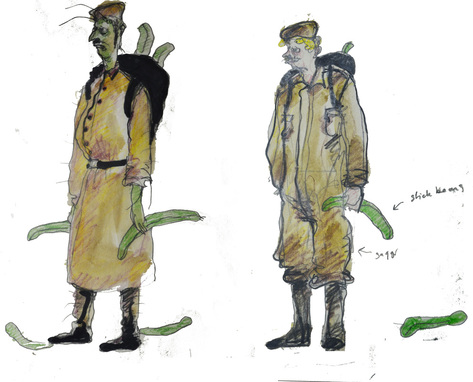 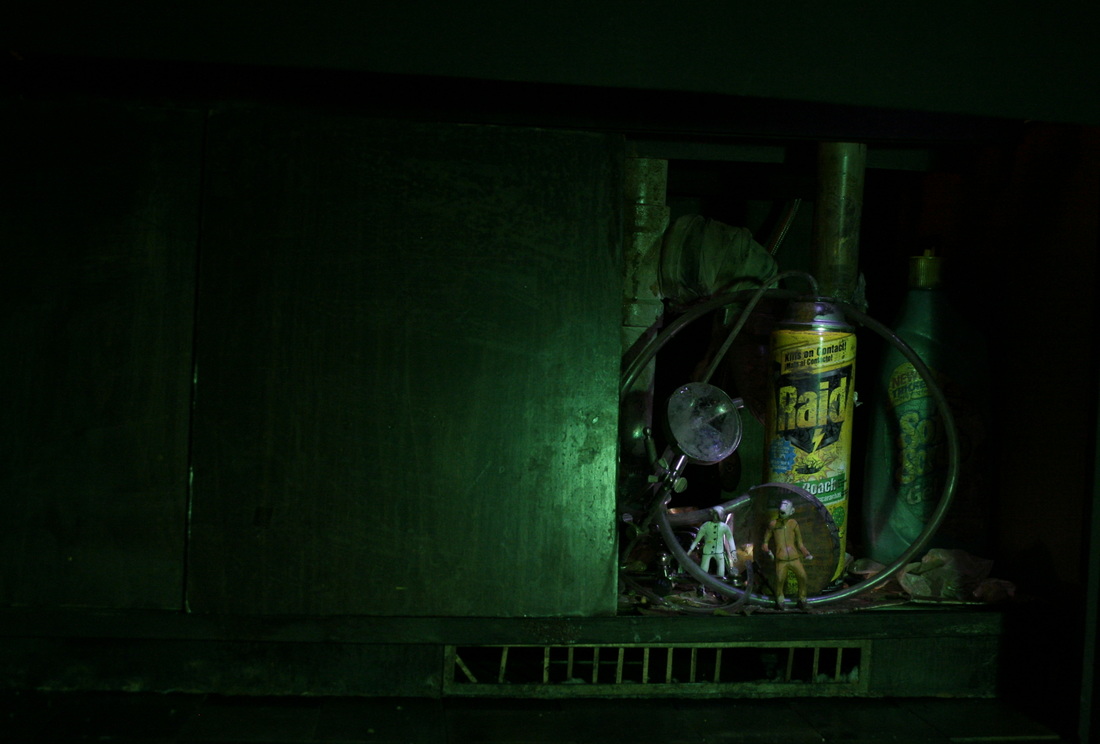 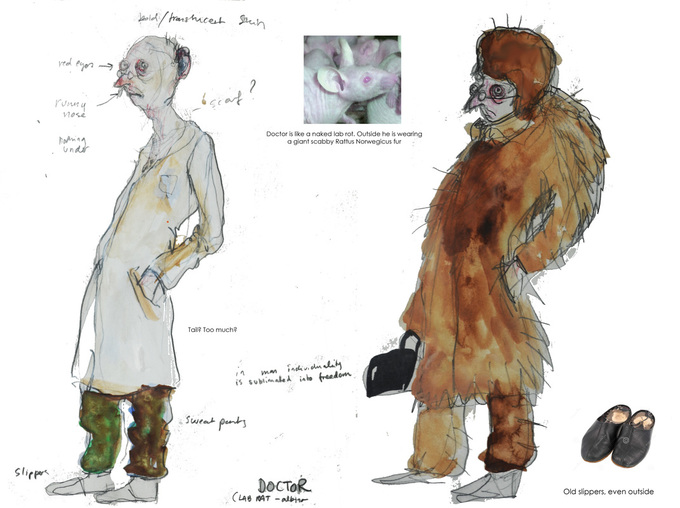 Doctor (like a lab rat) act 1, scene 4, and later outside in his scabby rat fur 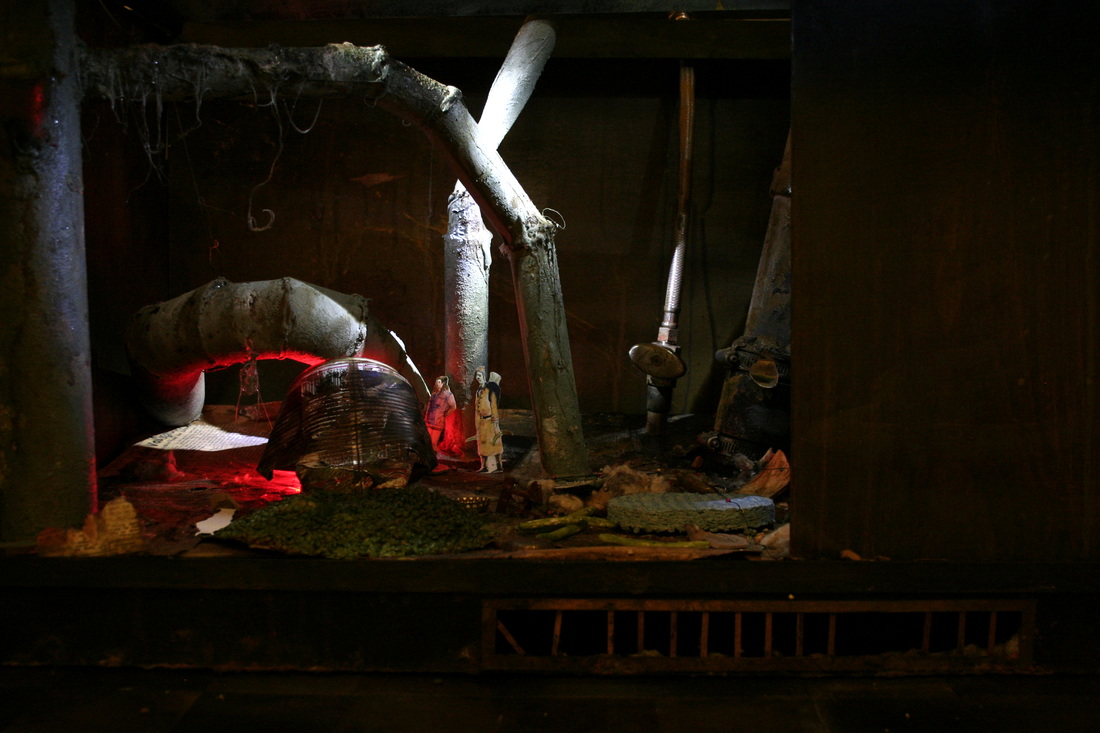 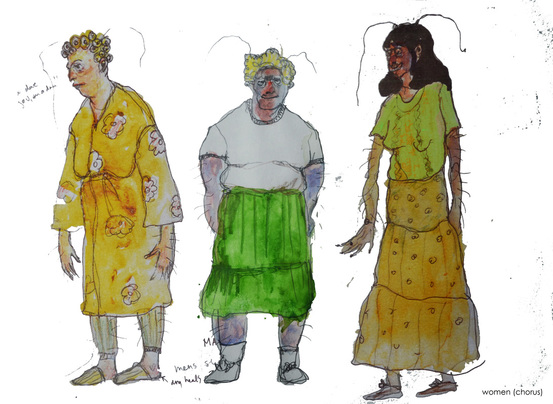 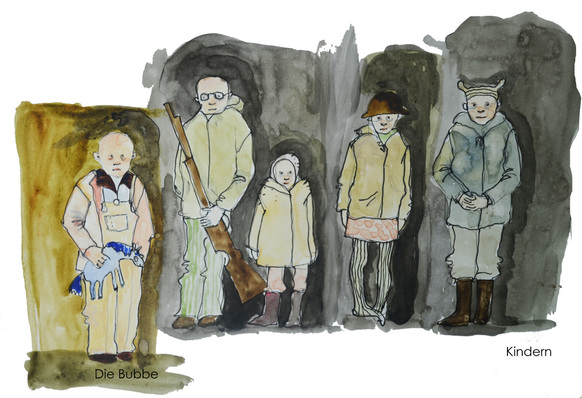